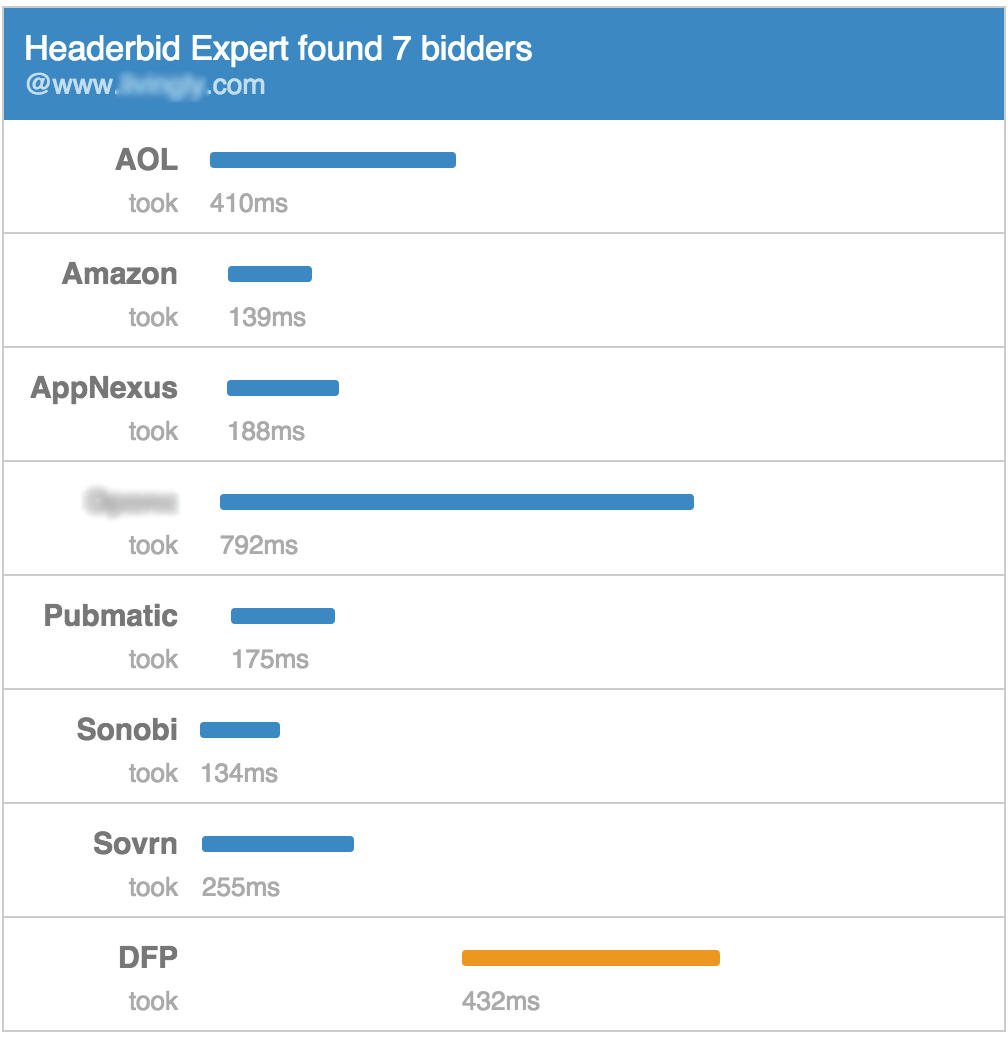 This setup (captured using Headerbid Expert) has demonstrated a few facts that made it an ideal header bidding auction.

2. Timeout For each impression, all header bidding partners are given a similar amount of time to respond. Any bid that responds later than the timeout are disregarded.

3. Adserver The ad server sees the impression and header bidding info immediately after all header bidding partners finished responding, or when they timed out, whichever happens sooner. 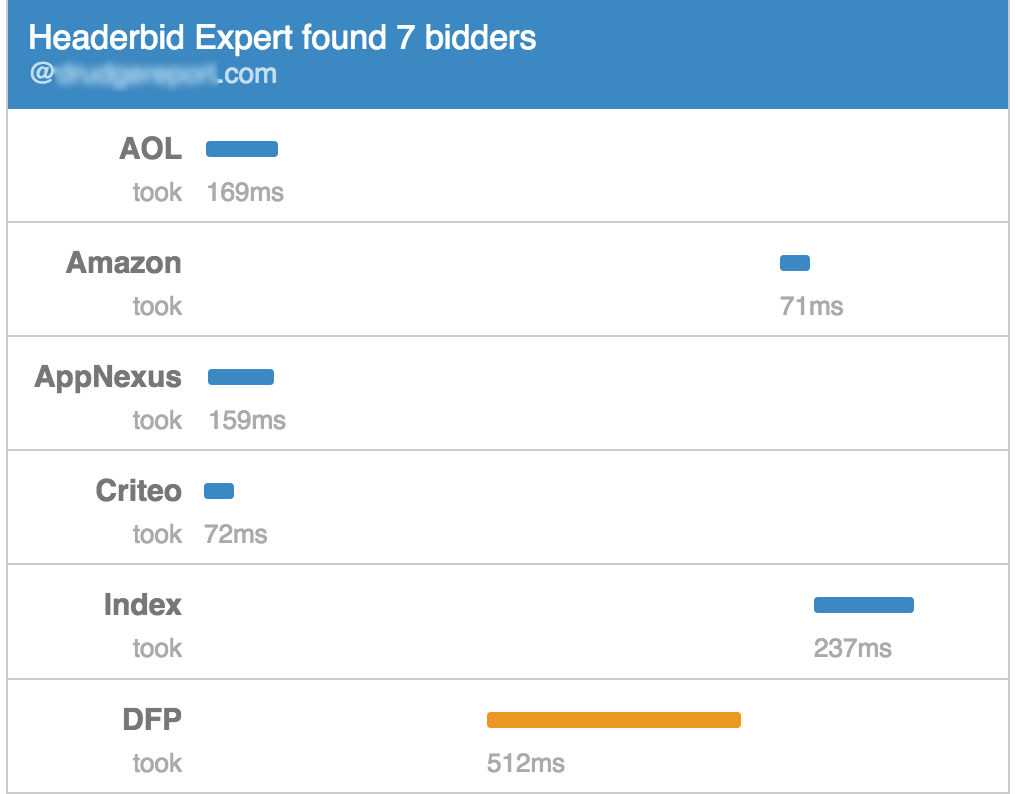 Problem: This site is under monetized.

Cause: Bidders had less time to bid, because they loaded much later than the other bidders.

How to fix: Load all bidders together, or use a framework as Prebid.js which already does this. 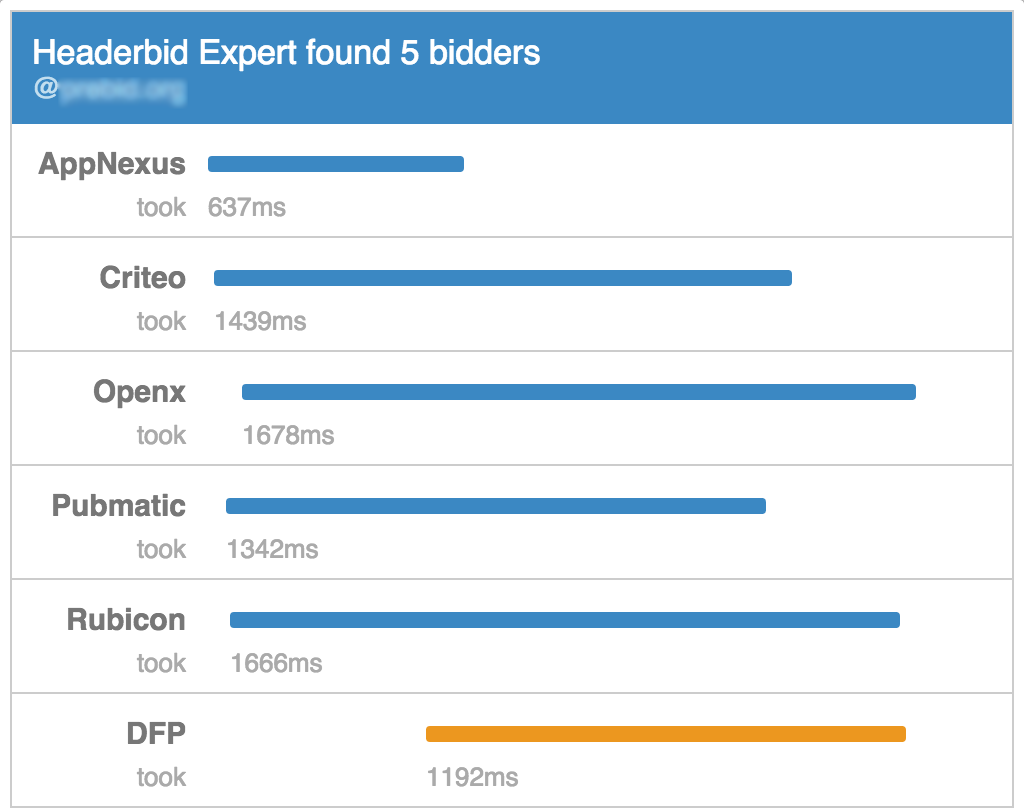 Problem: This site is under monetized.

Cause: Too many bidder’s bids got ignored, because they responded later than the ad server request was sent out.

How to fix: Load these bidders earlier in the header, or experiment with extending the timeout without causing impression loss. 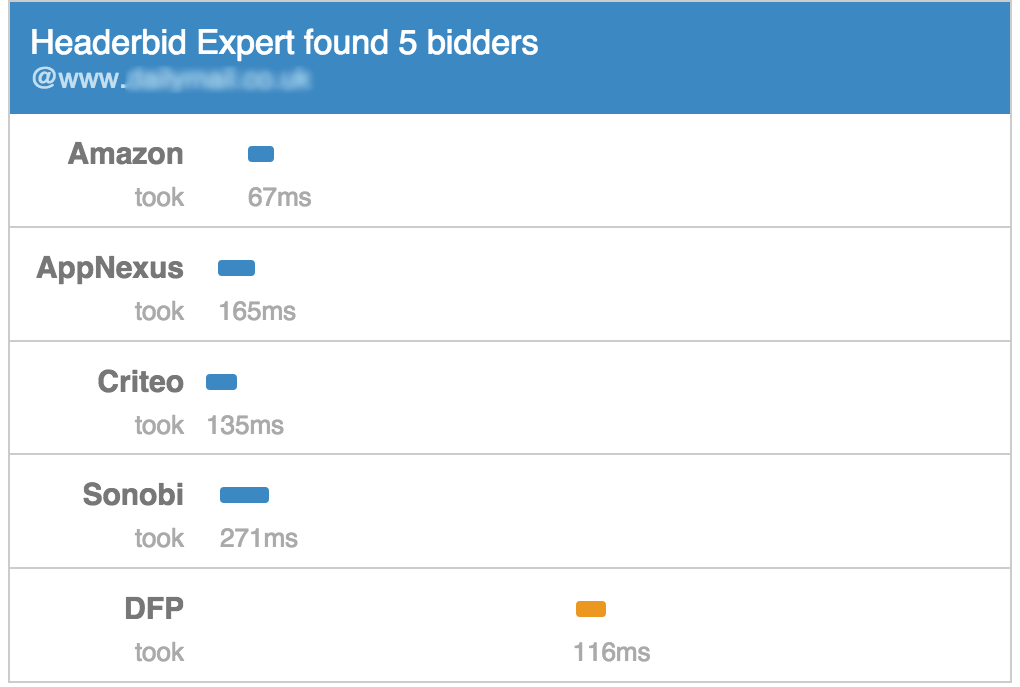 Cause: Ad server loaded too late - it waited 1500 ms after the first header bidding request was sent out.

How to fix: Set a shorter timeout for the page and remove any bidder that is blocking the ad server from loading. 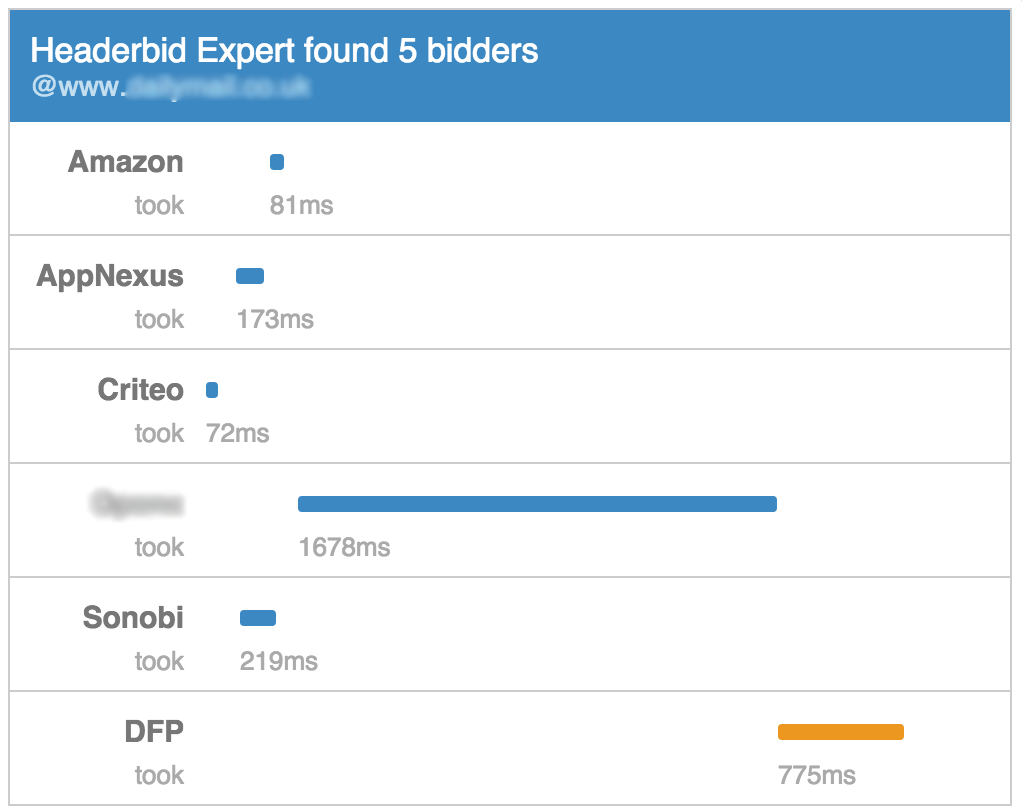 Cause: Bidders responded too late and delayed the ad server from loading.

How to fix: Set a shorter timeout for the page.

Analyze Your Own Site

Add the Plugin Headerbid Expert to your browser.